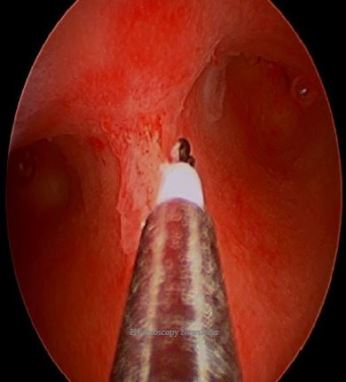 It is difficult to determine the incidence of congenital uterine malformations in the general population because most affected women do not experience reproductive problems. The incidence has been calculated to be 1 or 2 per 1000 women and as

A uterine septum is believed to develop as a result of failure of resorption of the tissue connecting the two paramesonephric (müllerian) ducts prior to the 20th embryonic week. While the arcuate uterus represents the mildest form of resorption failure, unlike the septum, it is not considered clinically relevant. Septate uteri have a spectrum of configurations including incomplete/partial septate to complete septate uterus.

High-quality studies on the clinical impact of the septate uterus in fertile women are lacking but the condition seems to be associated with adverse pregnancy outcomes (increased miscarriage, preterm delivery and breech presentation rates). The effect of a septum on fertility is less clear. The prevalence of the septate uterus in the infertile population is similar compared with a population of patients who underwent investigation of the uterus for other indications (e.g. sterilization, pelvic pain and abnormal bleeding). This suggests that a uterine septum does not play a role in the process of conception as such.

Not only the septate uterus, but also the arcuate uterus is characterized by a certain degree of indentation of the fundus into the uterine cavity. The arcuate uterus is a variation of normal uterine anatomy and is not associated with adverse pregnancy outcomes or infertility. Due to the differences in pregnancy outcome, correct diagnosis of both conditions is essential. In a recent study, however, the agreement on the diagnosis of the septate uterus based on hysteroscopy was demonstrated to be poor with differentiation between a septate and arcuate uterus appearing to be especially difficult.

However, in a meta-analysis evaluating the effect of congenital uterine anomalies on reproductive outcomes, septate uterus was the only anomaly that was associated with a significant decrease in the probability of natural conception when compared with controls (relative risk [RR] 0.86, 95% confidence interval [CI] 0.77–0.96).