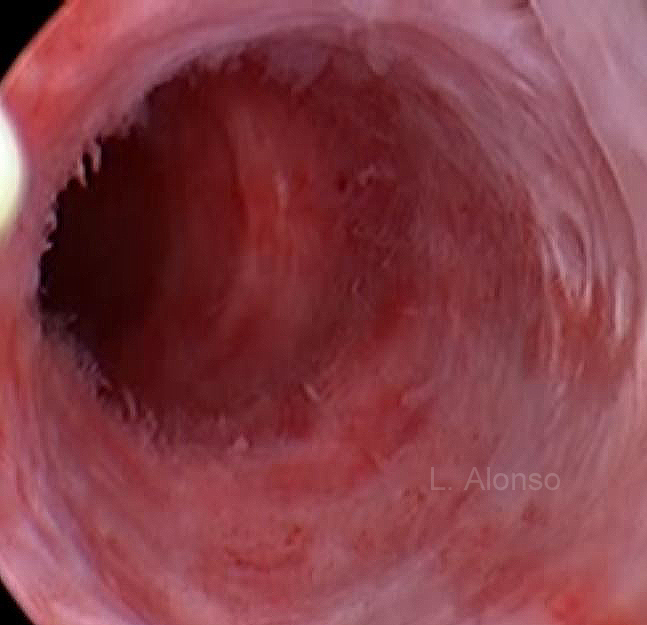 Specifically, the overall literature data suggests a spontaneous miscarriage rate of 19.5%, preterm delivery rate of 19.1%, and term delivery rate of 21.0% [2]. The exact mechanism responsible for the poor reproductive outcomes in unicornuate uterus is unknown. At present there is no accepted treatment method for women with unicornuate uterus, other than expectant measures. In this report, we described a consecutive series of 33 cases of unicornuate uterus treated by a novel surgical technique, transcervical uterine incision (TCUI), designed to widen the narrow uterine cavity, to test the hypothesis that the adverse pregnancy outcome associated with unicornuate uterus is related to the reduced capacity of the uterine cavity in this group of women.

The night before TCUI cervical dilating-stick was inserted into uterine canal to let the cervical canal soft and dilated. TCUI was designed to resect the opposite uterine wall of uniconuate horn side which was drawing as Figure 1. The patient was put under general anaesthesia and placed in lithotomy position. Under laparoscopic guidance and/or abdominal ultrasound guidance the cervix was dilated to Hegar 10-11, and hysteroscopic bipolor electro-resectoscopewas inserted into the uterine cavity with 0.9% normal saline distention media under 100mmHg distention pressure. Hysteroscopic diagnosis shown right unicornuate uterus [Figure 2].

TCUI commenced with a shallow transverse incision over the narrowed fundal part of the unicornuate horn was made by using a wire loop or needle electrode. This created a new uterine fundus with a width of ≥2cm. Then, a 4 cm long vertical incision was made over the lateral wall [Figure 3], approximately 1 cm deep over the fundal region but taper to stop at the level of the isthmus. After the operation, an inverted triangular shaped uterine cavity was created [Figure 4]. A Foley catheter was inserted into the uterine cavity after the operation, stayed in situ for 5-7 days, and then removed.

Artificial menstrual cycle treatment with estrogen and progesterone was used for two cycles. Second look was performed one month later after surgery.