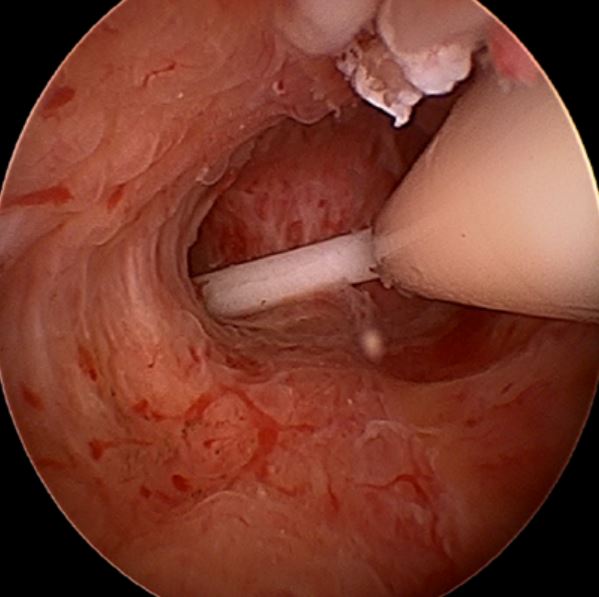 Mirena® (levonorgestrel-releasing intrauterine system) consists of a T-shaped polyethylene frame (T-body) with a steroid reservoir (hormone elastomer core) around the vertical stem. The reservoir consists of a white or almost white cylinder, made of a mixture of levonorgestrel and silicone (polydimethylsiloxane), containing a total of 52 mg levonorgestrel. The reservoir is covered by a semi-opaque silicone (polydimethylsiloxane) membrane. The T-body is 32 mm in both the horizontal and vertical directions. The polyethylene of the T-body is compounded with barium sulfate, which makes it radiopaque. A monofilament brown polyethylene removal thread is attached to a loop at the end of the vertical stem of the T-body